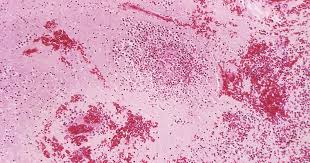 The girl was believed to have been infected by a flea bite during a hunting trip earlier this month, according to theOregon Health Authority’s Public Health Division and theCrook County Public Health Department.

The teen was in an intensive care unit at a hospital in Bend, incentral Oregon, health officials said. Her condition was not known.