Study: Billions would die of hunger after nuclear war between U.S., Russia 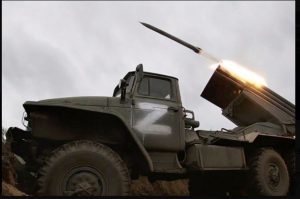 Aug. 15 (UPI) — The injection of sun-blocking soot into the stratosphere from firestorms created by a nuclear war between the United States and Russia could cause more than 5 billion people to die from hunger, according to a new study.

Researchers at Rutgers University published a study Monday in the journal Nature Food that presents models for a scenario in which the United States and Russia are engaged in a full-scale nuclear war for one week.

“A war between the United States, its allies and Russia — who possess more than 90% of the global nuclear arsenal — could produce more than 150 teragrams of soot and a nuclear winter,” the study reads.

A teragram is a unit of measurement equal to 1 trillion grams and models show that soot injections into the atmosphere larger than 5 teragrams would lead to mass food shortages in almost all countries.

“Soot disperses globally once it reaches the upper atmosphere; thus, our results are globally relevant regardless of the warring nations,” the study reads.

In the scenario of a war between the United States and Russia, the global average calorie production from crops would decrease by around 90% within four years after the nuclear war. Nuclear war would also reduce the global fish supply.

People in most nations would consume fewer calories than their bodies burn at rest and more than 5 billion people would die by the end of the second year.

The study assumes that international trade after such a war would cease and that African and Middle Eastern nations would be “severely affected” by the decrease in global food exports.

The researchers also did not consider reduced human populations affecting farming and agriculture labor, or the availability of fuel and fertilizer, into the models.

“The reduced light, global cooling and likely trade restrictions after nuclear wars would be a global catastrophe for food security,” the study reads.

The study also established models for smaller amounts of nuclear ash in scenarios such as a nuclear war between India and Pakistan, in which 2 billion people could die from hunger.

The study comes amid Russia’s war in Ukraine which has sparked international concerns of nuclear war and disaster at the Zaporizhzhia Nuclear Power Plant, the largest in Europe.

Ukrainian President Volodymyr Zelensky on Saturday accused Russia of nuclear “blackmail” as residents evacuated amid renewed artillery fire from the direction of the nuclear power plant.

Zaporizhzhia is the first operating nuclear power plant in a war zone, and Western officials fear that artillery fire in and near it poses an imminent nuclear threat to Europe.