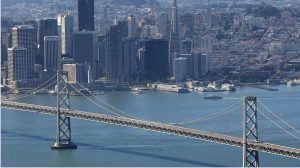 San Francisco is declaring a local public health emergency related to the monkeypox virus, as the city continues to report cases of the illness.
“The declaration of a local emergency is a legal action that will mobilize City resources, accelerate emergency planning, streamline staffing, coordinate agencies across the city, allow for future reimbursement by the state and federal governments and raise awareness throughout San Francisco about how everyone can stop the spread of Monkeypox in our community. It will go into effect on August 1,” according to a press release.
“We have always been on the forefront of advocacy and action for LGBTQ+ health and I’m issuing this declaration to reaffirm our commitment to the wellbeing of these communities and to allow us to move more quickly to obtain and distribute the resources needed to help those disproportionately impacted,” San Francisco Public Health Officer Dr. Susan Philip said, according to the release.
As the world grapples with monkeypox, it appears that the illness has been predominately impacting homosexual men — World Health Organization Director-General Tedros Adhanom Ghebreyesus said during a press briefing on Wednesday that of the cases thus far, 98% had been in men who engage in sex with men.
A Thursday Medium post from San Francisco Mayor London Breed said that “with 261 diagnosed cases of monkeypox, San Francisco has more cases than most states and is one of the epicenters of this virus. The post also noted that, “right now there is an increased risk for exposure in our LGBTQ community, which is accounting for nearly 90% of cases in San Francisco.” The post explained that the “Local Health Emergency goes into effect on August 1st, and must be adopted by the Board of Supervisors within a week.”
The San Francisco government website states that “On July 28, 2022, SFDPH reported an additional 20 monkeypox cases, bringing the total number of cases in San Francisco residents to 281. These include both probable cases, as well as cases that are confirmed as monkeypox through the U.S. Centers for Disease Control and Prevention.”