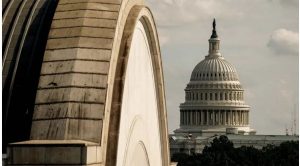 Republicans on Sunday heaped scorn on Democrats for passing a multibillion-dollar economic package, warning that it would come back to haunt them in the November midterms.

“Democrats will pay the price in November for raising taxes on families during a recession,” Republican National Committee (RNC) Chairwoman Ronna McDaniel said in a statement.

Her statement reflects criticism among Republicans that the Inflation Reduction Act will do the opposite of its intended purpose.

In a statement, Sen. Ted Cruz, R-Texas, likened the bill to a “give-away to the Democrats’ radical leftist base at the expense of middle-class Americans.”

“The Schumer-Manchin bill will drive up inflation and prices, hammer small businesses and American manufacturing, increase the price of gas, and sic the IRS on Americans, all while raising taxes on Americans in nearly every tax bracket including those who make less than $400,000 a year,” Cruz said in a statement.

Sen. John Kennedy, R-La., called raising taxes during both a recession and inflation “a special kind of stupid.”

“[T]hat’s called stagflation, which is what we have right now as a result of President Biden’s policies,” Kennedy tweeted.

Sen. Marsha Blackburn, R-Tenn., likewise admonished Democrats for passing a bill during a recession and when inflation is at a 41-year-high.

“We should be cutting taxes, not increasing them,” Blackburn said in a Twitter thread. “It is a shame the Senate Democrats have forced through a socialist agenda that will make life more difficult and expensive for Tennesseans.”

“Democrats’ policies have torn down the savings, the stability, and the lifestyles that families worked and sacrificed for years to build up,” McConnell said in a statement. “The effect of this one-party government has been an economic assault on the American middle class.”

Senate Democrats passed the $740 billion package, 51-50, with Vice President Kamala Harris casting the tiebreaking vote after an all-night session. The House seems on track to provide final congressional approval when it returns briefly from summer recess on Friday.