Poll: Over 50 percent of Americans expect a civil war ‘in the next few years’ 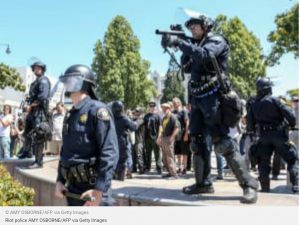 Poll: Over 50 percent of Americans expect a civil war ‘in the next few years’
More than half of Americans expect that a civil war will erupt in the United States sometime in the near future, according to a study designed by a group of academics associated with the University of California Davis Violence Prevention Research Program and the California Firearm Violence Research Center.
When asked to respond to the statement “In the next few years, there will be a civil war in the United States,” 47.8 percent of respondents chose “Do not agree.” 36.4 percent said they “somewhat” agreed with the statement, 8.4 percent agreed “strongly,” and 5.3 percent agreed “very strongly.” The remaining 2.1 percent chose not to respond.
More than two-thirds of respondents agreed that “[t]here is a serious threat to our democracy,” while more than 40 percent indicated that “[h]aving a strong leader for America is more important than having a democracy.”
The study was conducted by the polling firm Ipsos and surveyed 8,620 respondents in English and Spanish between May 13 and June 2. Findings are “subject to sampling error” and have not yet been peer reviewed.