On the campaign trail, many Republicans see a civil war 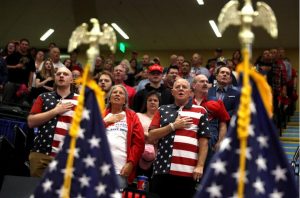