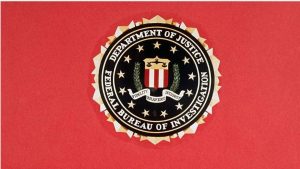 According to a Rasmussen poll published on Thursday, 53% of voters now agree with the statement that there is “a group of politicized thugs at the top of the FBI who are using the FBI … as Joe Biden’s personal Gestapo.” The Gestapo were the official secret police of Nazi Germany.

The sentiment resonates with Republicans in particular, with 76% agreeing with the statement. Democrats, on the other hand, mainly (57%) disagree. Among those affiliated with either party, 49% agree with the characterization of the FBI as President Joe Biden’s “personal Gestapo” and 38% disagree.

The statement was originally made by Roger Stone, an adviser to former President Donald Trump, in an November 28, 2021 interview on John Catsimatidis’ WABC 770 AM radio show. In the interview, Stone criticized both the FBI’s raid on the home of James O’Keefe, Project Veritas founder (conducted as part of an investigation into reports of a stolen diary belonging to Biden’s daughter Ashley), and what he argued was “harassment” by the House committee investigating the January 6 Capitol Hill protests. Stone, himself, was subject to a pre-dawn FBI raid executed by over a dozen special agents in tactical gear in January 2019.

Rasmussen Reports conducted its survey of 1,000 U.S. likely voters on August 15 and 16, one week after the FBI raided the former president’s Mar-a-Lago residence.

In the survey, questioners asked: “Did the FBI’s recent raid on the Florida home of former President Donald Trump make you trust the FBI more or trust the FBI less? Or did the Trump raid not make much difference in your trust in the FBI?”

Perceived differences in treatment by the FBI of persons of interest, depending on their party affiliation, may be a factor in this skew. Republican Rep. Jim Jordan (Ohio) raised the different approaches taken to Trump and Hunter Biden.

FBI Director Christopher Wray is regarded by 15% of voters to be better than those in the job before him, and is thought to be worst than most of his predecessors by twice as many voters (30%).

Fox News’ Tucker Carlson recently suggested that beyond its raid on Mar-a-Lago, the FBI is undermining the public’s trust elsewhere, citing the bureau’s alleged role in the Gretchen Whitmer kidnapping plot.