Attorney General Jeff Sessions boarding a plane on Thursday for a trip to El Salvador, where he will meet with local leaders about fighting gang violence.CreditPablo Martinez Monsivais/Associated Press

The Justice Department has filed court papers arguing that a major federal civil rights law does not protect employees from discrimination based on sexual orientation, taking a stand against a decision reached under President Barack Obama. 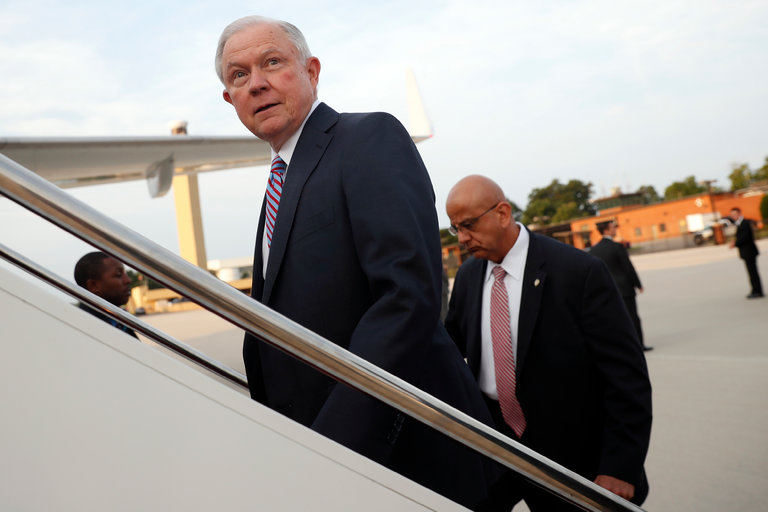