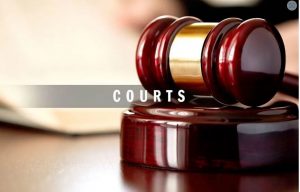 WEST CHESTER — A Common Pleas Court jury has found the two men accused of running a sex trafficking operation out of a pair of apartments in Chester County, in which they forced two teenagers into having sex with men for money, guilty of multiple counts against them.

The panel of nine men and three women deliberated about 3½ hours on Friday in Judge Alita Rovito’s courtroom before returning with their verdicts against Dimas “Adonys” Hernandez, 36, and Franklin “Mono” Rivera-Mendieta, 27, both of whom were living in East Whiteland at the time of their arrests in May 2020 but who are both immigrants from Central America.

The two men were linked to a multi-nation street gang, the 18th Street Gang, with that association playing a role in why the two victims felt afraid to leave or resist their captors and the sexual servitude that they were subjected to, according to authorities.

The men, who have been in custody since their arrests in 2020, were found guilty of charges of corrupt organizations, trafficking in individuals, kidnapping, rape, involuntary servitude, and sexual exploitation of children, and related offenses. Hernandez was also convicted of involuntary deviate sexual intercourse.

The men were returned to Chester County Prison to await sentencing before Rovito later this year.

The prosecution, led by Deputy District Attorney Erin O’Brien of the D.A.’s Child Abuse Unit, and Assistant District Attorney Karen Brindisi, had contended that the two victims — a 14-year-old and an 18-year-old — both from the Fairfax, Va., area, had been lured to Pennsylvania by people associated with the defendants with promises of jobs. The victims had both run away from their home lives and were targeted by the operation because of their lack of ties to the community.

“It is that vulnerability that led to them coming to Pennsylvania” in early 2020 at the start of the COVID-19 pandemic, O’Brien told the jury in her opening statement Tuesday. “But no amount of vulnerability justifies what happened to them in this case. “They did not agree to have sex for money.”

In defense of their clients, the two defense attorneys urged the nine men and three women on the jury panel to keep an open mind and not accept what O’Brien had said about the case at face value. The two women in the case, said longtime defense attorney Kathleen Boyer of West Chester, representing Rivera-Mendieta, had a “sad story” to tell, but ones that they participated in. They “made some very, very bad judgments that they came to regret,” she said.

Attorney Ryan Hyde of Exton, meanwhile, reminded the jurors that they would be asked to decide whether the testimony they hear in the coming days, including from two other men who were arrested as part of the operation along with his client, Hernandez, was credible. “They may be lying,” he said.

At the time of their arrests, authorities said it was one of the most extensive sex trafficking operations uncovered in the county, with dozens of men paying to have sex with the two teenage girls.  Testimony showed that the customers would purchase paper tickets from doormen at the apartments who had advertised the girls’ availability on social media. The tickets had the amount of time written on them and had to be turned over to the girls by the men who had sex with them.

The girls were kept in the two apartments on Lancaster Avenue in Frazer until they escaped, in March and May of 2020.

On May 28, the 14-year-old sent a Facebook message to her mother that she “didn’t want to be here anymore” and asked that she pick her up at a Wawa on Lancaster Avenue in East Whiteland. Her mother contacted the police, and she was able to make her way out of the apartment with the help of one of the men involved in the operation, Humberto Ortiz. He was also arrested in the round-up of suspects but testified for the prosecution before being transferred to an immigration facility in York.

After her rescue during the early hours of May 30, the girl told law enforcement she was held against her will and forced to have sex for money with as many as five individuals per day at three different locations, including a local hotel. She said her captives threatened to kill her if she did not comply with the abuse.

The 18-year-old woman said she met a female through Snapchat who introduced her to one co-defendant on the premise he had a job for her working in a bar. The woman said she was picked up in Virginia and brought to the same locations in Frazer.

Authorities said she was also sexually assaulted by one of the co-defendants and threatened with bodily harm if she attempted to leave. The 18-year-old was forced to ingest drugs on various occasions.

The men face sentences of more than 20 years in state prison on the charges they were convicted of, many of them felonies.