IMPEACH Biden? Author and expert on Biden family corruption says ‘the EVIDENCE is clearly there’ 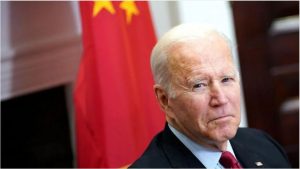 From Hillary Clinton’s email scandal to Biden family corruption to Russiagate and the Mar-a-Lago raid, it’s very clear that many institutions in Washington, D.C., have a separate set of rules for former President Donald Trump — including the Department of Justice and Federal Bureau of Investigation. And when you take a look at history, it’s also clear that there’s nothing more destructive to a free civilization than having a judicial system that favors one political side or is used to go after the other, as Peter Schweizer, author of “Red-Handed” and expert on Biden family corruption, explained.

Schweizer joined Glenn Beck on the radio program to give his thoughts on what the FBI’s raid on Trump’s Mar-a-Lago home was really about (hint: getting caught “jerry-rigging” the Russiagate investigation was deeply embarrassing for both the DOJ and FBI) and whether President Joe Biden will ever be held accountable for his part in alleged “major crimes and major security threats” to our country.

“The evidence is clearly there,” Schweizer said. “My view is this has always been, not a story about the hookers, about the cocaine, about the drug abuse, and it’s not even been a story just about Ukraine and Russia. For me, it’s always been about espionage and about the fact that Chinese intelligence has their claws into [the Biden] family. All you have to do is look at, very simply, the four businessmen that Hunter Biden received tens of millions of dollars from in China. They’re all directly linked to the highest levels of Chinese intelligence, and that ain’t a coincidence […].

“The problem that you have with elected officials, like Mitt Romney, is they really do view a high elected office as a club … but you can’t gloss over major crimes and major security threats,” he added.

Schweizer later went on to add, “When it comes to Ukraine, in my mind, it’s really possible to believe two things at the same time. Number one, Vladimir Putin is an aggressor that has moved into neighboring Ukraine and created this humanitarian crisis. And number two, the Ukrainian government is corrupt, and we are going to pour billions of dollars in there that’s going to end up in overseas accounts. We know Zelinskyy’s already done this … the international consortium of investigative journalists, they got access to overseas bank accounts that show government officials have been … siphoning off billions of dollars of U.S. aid. So, what you’re saying is already happening, and it’s a tragedy.”

Watch the video clip below to catch more of the conversation. Can’t watch? Download the podcast here.