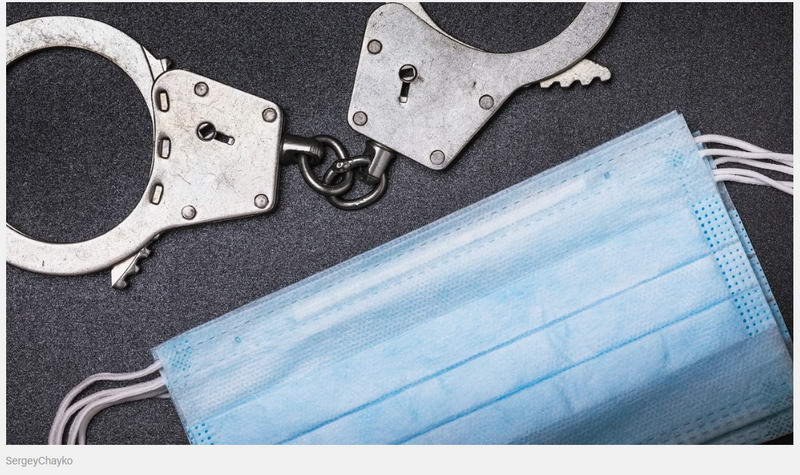 But actual crime appears to be an essential service
Yesterday, the Philadelphia mayor announced with the flick of a pen that all indoor gatherings would be canceled for the remainder of the calendar year. This includes school, most church services, stores, recreation, and even inviting other people to your own home for the holidays! At the same time, as Philadelphia approaches record homicides for the year, nobody is canceling gang gatherings. In fact, thanks to the jailbreak policies, some of which were put into place because of the virus itself, there is no deterrent against crime. Crime is an essential service in these cities.
Last week, Fox29 reporter Steve Keeley reported that a total of eight children had been shot in numerous violent incidents throughout Philadelphia since last Sunday. So far, there have been 435 homicides this year in the City of Brotherly Love, a 39% increase over last year and the most since 1993. The city officials claim to protect children by shutting down their schools for a virus that doesn’t really harm them, but what they are failing to do is protect them on the streets from gang bullets that don’t discriminate based on age or immune system.

According to Philadelphia police, they have solved fewer than 30% of homicides and just 16% of non-fatal shooting cases this year. Yet Mayor Jim Kennedy and other liberal executives across the nation now want to use the dwindling police resources to patrol stores, restaurants, and perhaps even homes for violations of the COVID cult rituals. As Fulton County, New York, Sheriff Richard Giardino said in response to a similar order issued by Andrew Cuomo, “We have limited resources and we have to set priorities, so obtaining a Search Warrant to enter your home to see how many Turkey or Tofu eaters are present is not a priority.”

Our government is now ensuring that our own homes are no longer our castles, while the public streets become the private fiefdoms of gang members, released criminals, and BLM rioters. The Philadelphia mayor titled his new royal edict “safer at home.” Well, the science behind lockdown has proven as ineffective in keeping people safe from the virus as weak-on-crime policies have been in protecting people from violence.

Philadelphia is home to Larry Krasner, the most vocal of the Soros-backed “justice reform” district attorneys, who has made a name for himself by refusing to prosecute what he deems “low-level” offenders. However, his definition of low-level includes repeat offender gangsters who have a history of gun violence. While holding people up at gunpoint is low-level in his mind, I’m sure celebrating Thanksgiving with relatives or not covering one’s lungs with a cheap Chinese mask, in his estimation, will be treated as high-level crimes that are prioritized for prosecution.

It appears that the Left wasn’t serious about abolishing the police after all. They want the police around – just not to protect us from criminals. They want them to treat everyday Americans, perhaps even in their own homes, as criminals. For example, in Atlanta, with rising crime and police on defense, nearly twice as many officers retired this year as last year, leaving Atlanta police with the lowest number of officers on the streets in two decades. With police being criminalized, murder is up 40% this year from the same point in 2019 in this once safe city. A similar trend is playing out in Minneapolis, Seattle, and other large cities where police are faced with a thankless job. In all those cities, the mayors are issuing stern warnings to grandmas who host Thanksgiving, but not to the violent street criminals.

Criminals have nothing to fear from the police, but we must fear them and the police. Officials will take away our guns used for self-defense while ignoring the gun felons.

In the Minneapolis suburb of St. Cloud, Roberto Williams, 35, was charged with unlawful possession of a firearm after accidentally shooting a 5-year-old boy to death. In case you thought this was a decent human being who just experienced a tragic accident, Williams was convicted of robbery in Illinois in 2003 and of unlawful possession of a weapon in 2005, 2010, and 2017. Williams also had outstanding charges for first-degree robbery, with a trial set for January. Despite all those gun charges, he was allowed to remain free to allegedly kill this boy. But fear not, Minnesota Governor Tim Walz is keeping kindergarten boys safe by keeping them out of school and wearing masks.

Nearly every time you see a heinous crime committed, just realize it’s almost always done by a repeat offender who is out of prison. Remember the man caught on video horrifically attacking a Trump supporter in D.C. on Saturday, which led to the victim being knocked out and stomped on the ground? Kenneth Wayne Deberry was arrested for the assault and also for felony possession of a weapon. It turns out he was a convicted child sex offender out on the streets. Don’t hold your breath waiting for him to serve hard time even after this attack. A man caught not wearing a mask in D.C. (unless at a BLM riot) is more likely to face swift prosecution than someone like Deberry.

Revolutions were fought over a lesser degree of perfidy, betrayal, and dystopian governance than we face today from the ruling class. In the Declaration of Independence, our Founders repudiated King George for callously disregarding their security on the western frontier while infringing upon their own liberties. Yet the disregard for security and infringement upon liberties at the hands of King George was nowhere near as severe as the amalgamation of those twin vices today. Perhaps the best way to rectify this coup against our Constitution is to host a Thanksgiving “tea” party to remember the civil and religious liberty history behind the story of the Pilgrims and the founding of this country.