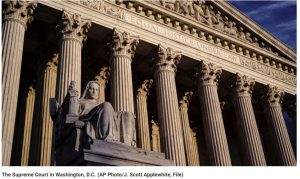 A federal appeals court upheld a Texas law on Friday that seeks to curb censorship by social media platforms. The ruling, a major victory for Republicans who charge companies like Twitter and Facebook are limiting free speech, is a step in a major legal battle that could end up at the Supreme Court.

The lawsuit is challenging HB 20, a Texas bill signed into law by Gov. Greg Abbott that regulates social media platforms with more than 50 million monthly users, which includes Google, Facebook and Twitter, and says they cannot censor or limit users’ speech based on viewpoint expression.

In his opinion, Federal Judge Andrew S. Oldham of the Fifth Circuit said the platforms argued for “a rather odd inversion of the First Amendment” that “buried somewhere in the person’s enumerated right to free speech lies a corporation’s unenumerated right to muzzle speech.”

“Today we reject the idea that corporations have a freewheeling First Amendment right to censor what people say,” Judge Oldham continued.

Texas Attorney General Ken Paxton, who is arguing in defense of HB 20, stated on Twitter Friday, “I just secured a MASSIVE VICTORY for the Constitution & Free Speech in fed court: #BigTech CANNOT censor the political voices of ANY Texan!”

NetChoice, a nonprofit group representing Meta in the challenge against the Texas law, said in a statement they are “disappointed” with the decision. “We remain convinced that when the U.S. Supreme Court hears one of our cases, it will uphold the First Amendment rights of websites, platforms, and apps.”

Friday’s ruling created what is known as a “circuit split,” since the eleventh circuit struck down a similar social media law in Florida. A circuit split generally increases the likelihood of the Supreme Court taking up a case.