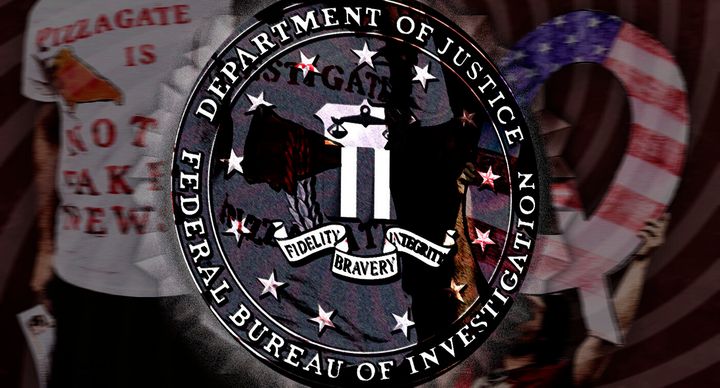 A recent intelligence bulletin comes as the FBI is facing pressure to explain who it considers an extremist, and how the government prosecutes domestic terrorists.

The FBI for the first time has identified fringe conspiracy theories as a domestic terrorist threat, according to a previously unpublicized document obtained by Yahoo News. (Read the document below.)

The FBI intelligence bulletin from the bureau’s Phoenix field office, dated May 30, 2019, describes “conspiracy theory-driven domestic extremists,” as a growing threat, and notes that it is the first such report to do so. It lists a number of arrests, including some that haven’t been publicized, related to violent incidents motivated by fringe beliefs.

A recent intelligence bulletin comes as the FBI is facing pressure to explain who it considers an extremist, and how the government prosecutes domestic terrorists.

The document specifically mentions QAnon, a shadowy network that believes in a deep state conspiracy against President Trump, and Pizzagate, the theory that a pedophile ring including Clinton associates was being run out of the basement of a Washington, D.C., pizza restaurant (which didn’t actually have a basement).

“The FBI assesses these conspiracy theories very likely will emerge, spread, and evolve in the modern information marketplace, occasionally driving both groups and individual extremists to carry out criminal or violent acts,” the document states. It also goes on to say the FBI believes conspiracy theory-driven extremists are likely to increase during the 2020 presidential election cycle.

The FBI said another factor driving the intensity of this threat is “the uncovering of real conspiracies or cover-ups involving illegal, harmful, or unconstitutional activities by government officials or leading political figures.” The FBI does not specify which political leaders or which cover-ups it was referring to.

President Trump is mentioned by name briefly in the latest FBI document, which notes that the origins of QAnon is the conspiratorial belief that “Q,” allegedly a government official, “posts classified information online to reveal a covert effort, led by President Trump, to dismantle a conspiracy involving ‘deep state’ actors and global elites allegedly engaged in an international child sex trafficking ring.”

This recent intelligence bulletin comes as the FBI is facing pressure to explain who it considers an extremist, and how the government prosecutes domestic terrorists. In recent weeks the FBI director has addressed domestic terrorism multiple times but did not publicly mention this new conspiracy theorist threat.

The FBI is already under fire for its approach to domestic extremism. In a contentious hearing last week before the Senate Judiciary Committee, FBI Director Christopher Wray faced criticism from Democrats who said the bureau was not focusing enough on white supremacist violence. “The term ‘white supremacist,’ ‘white nationalist’ is not included in your statement to the committee when you talk about threats to America,” Sen. Richard Durbin, D-Ill., said. “There is a reference to racism, which I think probably was meant to include that, but nothing more specific.” 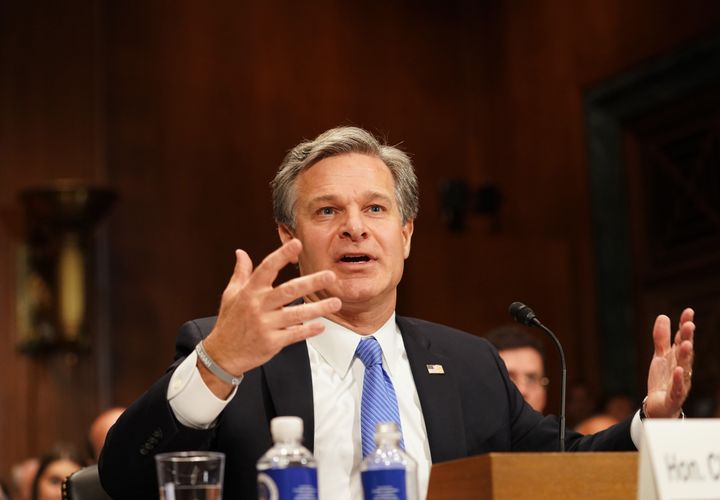 Wray told lawmakers the FBI had done away with separate categories for black identity extremists and white supremacists, and said the bureau was instead now focusing on “racially motivated” violence. But he added, “I will say that a majority of the domestic terrorism cases that we’ve investigated are motivated by some version of what you might call white supremacist violence.”

The new focus on conspiracy theorists appears to fall under the broader category of anti-government extremism. “This is the first FBI product examining the threat from conspiracy theory-driven domestic extremists and provides a baseline for future intelligence products,” the document states.

The new category is different in that it focuses not on racial motivations, but on violence based specifically on beliefs that, in the words of the FBI document, “attempt to explain events or circumstances as the result of a group of actors working in secret to benefit themselves at the expense of others” and are “usually at odds with official or prevailing explanations of events.”

The FBI acknowledges conspiracy theory-driven violence is not new, but says it’s gotten worse with advances in technology combined with an increasingly partisan political landscape in the lead-up to the 2020 presidential election. “The advent of the Internet and social media has enabled promoters of conspiracy theories to produce and share greater volumes of material via online platforms that larger audiences of consumers can quickly and easily access,” the document says.

The bulletin says it is intended to provide guidance and “inform discussions within law enforcement as they relate to potentially harmful conspiracy theories and domestic extremism.”

“While our standard practice is to not comment on specific intelligence products, the FBI routinely shares information with our law enforcement partners in order to assist in protecting the communities they serve,” the FBI said.

In its statement, the FBI also said it can “never initiate an investigation based solely on First Amendment protected activity. As with all of our investigations, the FBI can never monitor a website or a social media platform without probable cause.”

The Department of Homeland Security, which has also been involved in monitoring domestic extremism, did not return or acknowledge emails and phone requests for comment.

While not all conspiracy theories are deadly, those identified in the FBI’s 15-page report led to either attempted or successfully carried-out violent attacks. For example, the Pizzagate conspiracy led a 28-year-old man to invade a Washington, D.C., restaurant to rescue the children he believed were being kept there, and fire an assault-style weapon inside. 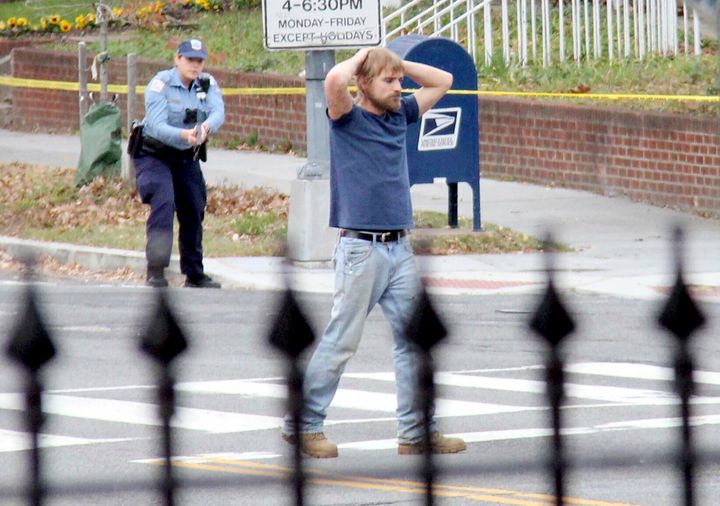