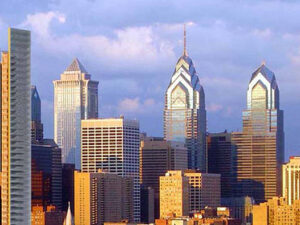 It is well documented that Philadelphia’s crime has spiraled out of control. Record numbers of homicides and carjackings have plagued the city in recent years. And while the city claims it is implementing programs to curb the violent chaos, nothing really seems to change. Things are so bad that the city’s mayor, Jim Kenney, recently admitted that he could not wait until his term ends so he doesn’t have to deal with the problems anymore.

This has led Philadelphia City Council President Darrell Clarke to consider a return to using the practice of stop and frisk to reduce soaring crime. Democrats in the city and throughout the country have maintained that the procedure is racist and targets black people. But the fact that Clarke, a black American, has proposed the idea is telling.

“At the end of the day, there are a lot of citizens on the streets of Philadelphia that talk about, ‘When are we going to look at stop and frisk in a constitutionally enacted way?'” Clarke said.

Nevertheless, opponents of stop and frisk maintain the practice is a racist procedure. Some Democratic Philadelphia City Council members have even recently repeated that claim.

“Years of research proves that stop and frisk fails to reduce crime, while spurring a disproportionately high number of negative encounters between police and black residents,” Philadelphia City Council members said in a released statement.

Yet what these officials failed to acknowledge, as Democrats often do, is that the reason for the disproportion isn’t racism; it’s because black people disproportionately commit crime compared to their percentage of the population. But rather than acknowledge this issue and find a solution, Democrats resort to making frivolous claims about racism. This ultimately hurts the black community but not in the ways Democrats claim.

Yet stop and frisk will ultimately do nothing if the radical left-wing, Soros-funded Philadelphia district attorney continues his dangerous and shameful reluctance to prosecute criminals. Under District Attorney Larry Krasner’s watch, prosecution of gun crimes has significantly decreased. Since he was elected district attorney in 2017, there has been a 17% increase in withdrawals or dismissals of gun charges. As a result, the drop in prosecutions has coincided with close to a 60% decrease in gun crime cases.

As a resident of Philadelphia, I can attest that crime is worse now than ever before. But implementing stop and frisk will have zero impact on gun crime if the city’s district attorney’s office prioritizes criminals over law-abiding citizens. If the city is serious about getting its crime under control, it must reject the toxic and radical practices of the Soros-funded district attorney