After repeating early COVID mistakes, US now has the world’s biggest monkeypox outbreak 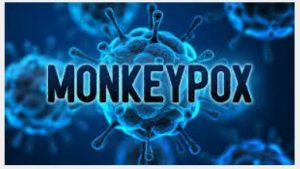 The story of monkeypox feels to experts frustratingly like a replay of the first months of the COVID-19 pandemic in 2020.

Testing took too long to get launched. Data hasn’t revealed the full extent of the outbreak. The spread wasn’t stopped quickly enough.

Monkeypox was supposed to be different, because it is much harder to transmit, treatments and vaccines were already available, much was known about a virus first described in 1958, and so many lessons were supposedly learned from COVID-19.

Yet the United States now has the world’s biggest outbreak of monkeypox: More than 6,600 Americans have been diagnosed since mid-May. Rarely seen outside Africa before the spring, the virus, a less deadly cousin of smallpox, has now triggered a 26,000-person global emergency, reaching 83 countries, 76 of which had not historically seen the disease.

And that’s just the known cases. No one knows the full extent of America’s outbreak.

States don’t have to tell the federal government when they have a patient. Testing difficulties have left many people undiagnosed, and communication has been so scattered that many people and physicians don’t consider the virus a possible cause of symptoms such as fever, swollen glands, body aches and a telltale rash.

In recent days and weeks the Biden administration has stepped up its approach to combating monkeypox, he and others said, but it missed key opportunities to stop the spread of a virus that rarely kills but can cause severe pain and scarring.

And the window is closing fast to prevent it from becoming a permanent fixture in the United States alongside COVID-19.

“If we don’t react more aggressively within the next couple of months – it’ll never be the same as coronavirus, but it could mimic the (spread of the) AIDS epidemic pretty closely,” said Jared Auclair, an analytical chemist and associate dean at Northeastern University in Boston.

Why the monkeypox outbreak got so bad

Gostin and other public health officials seem both frustrated and surprised that the outbreak has gotten as bad as it has.

“It has been challenging to watch what has happened over the last 2½ months,” said Dr. Megan Ranney, an emergency room physician and academic dean of Brown University’s School of Public Health in Rhode Island. “I am flummoxed by why we are where we are today.”

Ranney pointed to a range of factors that probably contributed to the slow early response, including competing priorities of federal agencies, along with the decentralization of America’s public health system with many decisions left to the 50 states, and the sheer exhaustion many public health officials feel after more than two years of battling COVID-19.

Plus, Americans can’t expect to have a first-rate public health system if we pay for only a second-rate one, said Dr. Thomas Frieden, a former director of the U.S. Centers for Disease Control and Prevention.

“If you fund something at a small fraction of what it needs to get the job done and then you beat it up for not getting the job done, you’re not being logical,” said Frieden, now president and CEO of Resolve to Save Lives, an initiative aimed at preventing epidemics and cardiovascular disease. “We have really underfunded public health.”

Frieden said he remembers traveling to Africa’s Democratic Republic of the Congo when he was CDC director in the early 2010s and hearing from officials who were worried that monkeypox and other infectious diseases eventually would spread across the globe. But there were no resources to combat those diseases, he said.

COVID-19 fatigue also is playing a role in the slow response, Auclair said. Public health officials don’t want to be the bad guys again, telling people what they shouldn’t do.

But still, there’s no excuse for such a slow response, he and the others said.

“Who knows why we’re not acting more aggressively, because we should be,” Auclair said. “Not only should we have learned from the coronavirus pandemic, but it’s like a repeat of HIV/AIDS from the late 1980s.”

Monkeypox spreads mostly through close physical contact, such as skin-to-skin touch. Nearly all the cases worldwide have been among men who have sex with men, but viruses don’t stay put in one geography or community.

If monkeypox does become endemic, meaning it never fully goes away, it probably will follow the same path as HIV/AIDS did, said Gregg Gonsalves, an HIV/AIDS activist and epidemiologist at the Yale School of Public Health.

Although striking first in the gay community, in the United States HIV spread to the unhoused, sex workers and other marginalized people. “It’s not too far of a leap to say it’s going to follow the contours of our social geography again, like it did for HIV,” he said.

What went wrong with the monkeypox response?

Tests for monkeypox initially had to be sent to the CDC for confirmation, drastically limiting the number that could be done. Some people tried for days to be tested, and others with obvious symptoms tested negative, possibly because health care providers aren’t used to having to collect samples from skin lesions.

Ranney said clinicians still have to get their state department of health to authorize every monkeypox test, which she described as an unnecessary impediment.

Although many people faulted the Trump administration for responding too slowly to COVID-19, it did launch Operation Warp Speed, which led to the development of vaccines in record time.

“When the federal government puts its mind to something, it can get it done,” said Gonsalves, adding he has seen nothing with that level of government support or urgency with the monkeypox outbreak. “That’s the kind of focus you need, and it doesn’t exist.”

Two smallpox vaccines were developed years ago and approved for use against monkeypox. The federal government has a large supply of one, ACAM2000, but that vaccine carries severe side effects and risks, so few doses have been administered.

Instead, officials have relied on Jynneos, a vaccine that seems to work well with few problems, though it has never been tried before during an actual monkeypox outbreak.

The government did not immediately order Jynneos doses released. Gonsalves said with frustration that officials apparently were afraid the doses might be needed someday against smallpox instead of recognizing that they were needed immediately against monkeypox.

The government has since ordered more doses, and more than 1 million have been made available, but demand still seems to outstrip supply in many places and more doses won’t be available for months, according to the latest schedule from the Biden administration.

There are technologies and ways to speed up and expand the production process, Auclair said, but he hasn’t seen them employed. “I haven’t seen much evidence that we’re even trying to ramp it up,” he said.

Similarly, an antiviral treatment called TPOXX that appears to work well against monkeypox has been tied up in bureaucracy and is difficult for patients to access, although the government has begun removing the red tape.

Public education has also fallen short, Auclair said, with messaging that has been confusing. Gay men, who have shown an eagerness to get vaccinated, also would change their behaviors if the messages were clear about what they could do.

“Let’s empower people to understand and make appropriate decisions on how they go about their day to reduce risk,” he said. “We’re not giving them access to the resources they need to take appropriate actions or precautions.”

The tools for fighting monkeypox are there, Gonsalves said. But instead of getting them to the public immediately, “we kept them in the garage,” he said. “That’s the most depressing thing about all of this.”

The Biden administration announced this week the establishment of a National Monkeypox Response Team with both logistical and public health experience. The team’s new leadership, along with CDC director Dr. Rochelle Walensky and her boss, Department of Health and Human Services Secretary Xavier Becerra, were expected to hold a news conference Thursday to discuss their latest efforts.

Ranney and Gostin praised the appointments and expressed hope that the team’s creation would mark a turning point in the outbreak.

Gonsalves had a more bleak response. “The fire department is getting organized 2½ months after the fire has started,” he said.

The administration has not made public health enough of a priority, Gonsalves said, charging that officials have alternated between saying there’s no problem and blaming the CDC.

Gonsalves said he’s worried what will happen over Labor Day, when Black Gay Pride is celebrated in Atlanta. If action isn’t taken quickly to avert a superspreader event, “you might expect to see the virus seed itself across the rural South,” he said.

“It’s horrible to think of a new endemic virus sinking its roots into the United States.”

IN my opinion Men who have sex with other men. Adult Book stores where they sex anonymously with who ever walk in. Money making business.They are the whore house of America.   (wtninews com)